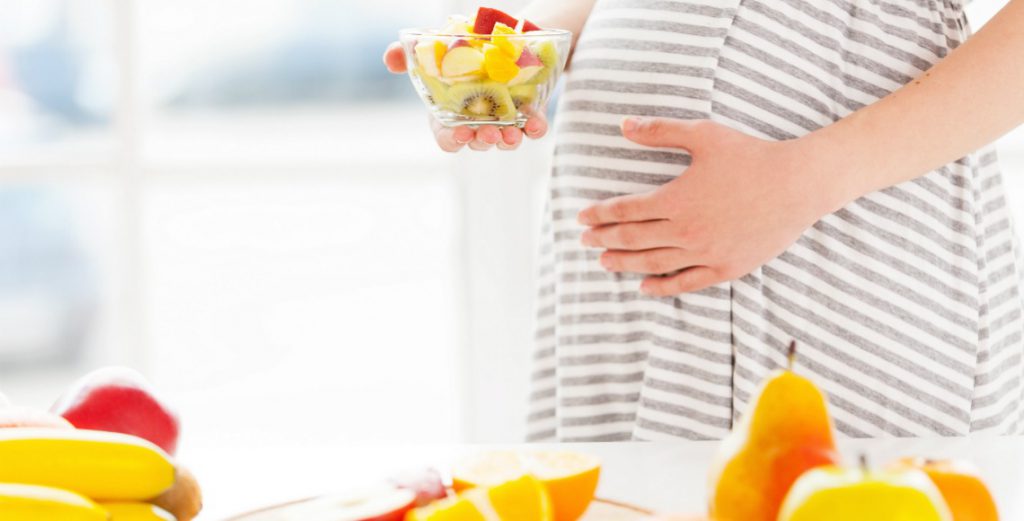 During pregnancy, protein metabolism in the body increases, and some of the protein is spent on fetal development and maintenance of maternal tissues. The recommended daily amount of protein in pregnancy is 71 g.

The primary role of carbohydrates is to supply energy to the body's cells, especially the brain and nervous system, the red and white blood cells. The amount of carbohydrates needed daily in pregnancy is 175 g.

Fat is a great source of energy for the body, and each gram of fat produces about 9 Kcal of energy. In addition, fats also help absorb fat-soluble vitamins and carotenoids. However, fat intake should be limited and unsaturated fats containing essential fatty acids should be used.

Due to the need for the embryo during pregnancy, the intake of this vitamin should be increased. The amount of vitamin A needed during pregnancy is about 770 mcg per a day.

Due to the increased daily energy requirement during pregnancy and the role of these three vitamins in carbohydrate metabolism, their need especially B1 increases by 30% during this period.

Due to the role of this vitamin in the function of the nervous system, cell division and hematopoiesis, its requirement increases by about 10% during pregnancy.

During pregnancy due to the greater production of red blood cells and the formation of the fetal nervous system, the need for folic acid increases by up to 50% and is about 600 mcg per day. Due to the great importance of folic acid, a daily intake of 400 mcg (one tablet) of this supplement is recommended for pregnant women.

The important role of calcium in bone formation and formation of tooth buds in the fetus and prevention of mineral removal from the bones of the mother body. Therefore, in order to supply this important mineral, intake of milk and dairy products is recommended. The amount of calcium required by pregnant women under 18 years old is 1300 and over 18 years old is 1000 mg daily.

Iron is essential for the production of red blood cells, increased hemoglobin, growth and the supply of fetal liver reserves. Therefore, iron requirements during pregnancy increase by up to 50%, which cannot be met at all through foods alone.

According to national guidelines, pregnant women should consume one dose of "ferrous sulfate" daily, starting from the 16th week of pregnancy until three months after childbirth. According to scientific advice, the iron requirement for pregnant women is 27 mg daily.

Due to the important role of zinc in the synthesis of RNA and DNA and cellular metabolism, the need for zinc in pregnancy is increased, so the use of sources rich in zinc is recommended. The amount of zinc needed for pregnant women is 11 mg daily.